When the CFL and the XFL Merge

The following is my proposal of how the reported possible merger of the Canadian Football league and the XFL could work out.
The most important factor to consider in the merger is avoiding a possible failure that could in any way tarnish the rich history and relative success of the CFL.
SO
In the first two years the CFL will continue business as usual with the folowing three exeptions.
Each original CFL team will play one international pre-season game (with an XFL opponent).
There will be a mid-season "all-star" game between the CFL and XFL.
The End of season Continental Championship will take place between the CFL and XFL champions.
Win or Lose nothing changes with the Grey Cup in CFL and The XFL champions will win the "rock" trophy.
This is how the divisions might look.
The Canadian Football League
BC West Division
BC Lions
Calgary Stampeders
Edmonton Eskimos
Saskatchewan Roughriders
Winnipeg Blue Bombers

The differences in rules and fields will be as major league baseball is today. The visitor must adjust to the variances. See "Green Monster". see "Designated Hitter". At CFL home games as the rules dictate an extra player will be allowed by both teams.
The CFL plays their season as they always have but might have to play "international" (pre-season, all-star and post-season) games on unfamilar fields and yard-markers - as XFL teams might have to compete on CFL fields.

What's the worst that can happen? The worst that can happen is the merger fails miserably and TV ratings are poor and the whole thing gets cancelled and the CFL goes back from whence it came. No real harm done.
OR
What's the best than can happen?
The appetite for professional football in North America, and the CFL continues to hold their own on television and there is a place for another league on TV and streaming.
If, and only if, the merger proves a success, after the two year test, international games will be scheduled and XFL teams like New York would play CFL teams like Toronto. Maybe some rivalries would be established.

if we they do everything right and get a lucrative TV deal, competing for NCAA and NFL free agents will be easier.

In this day-and-age of network television, cable television, dish and streaming, another full-time football league is realistic and tenable.

Now, none of this will work if the XFL dies between now and then. Go to their website (www.xfl.com) click on their stuff - let them know you are interested.
I don't know about you but I want football football and more football. 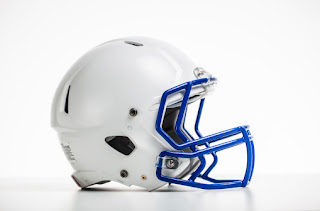